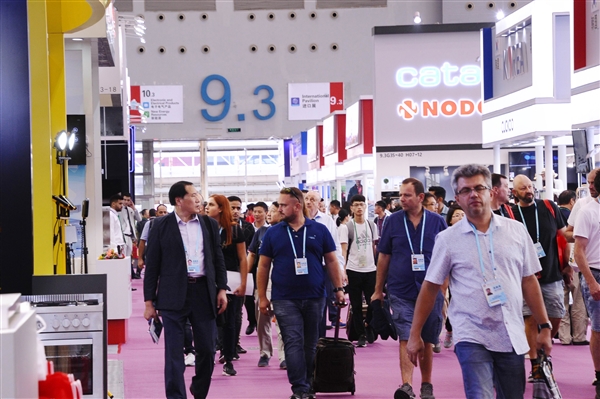 In order to promote the balanced and balanced development of my country's import and export trade, the Canton Fair has set up an import exhibition since the 101st session, inviting foreign companies to participate. So far, more than 13,000 companies from 112 countries and regions have participated, with an average annual repeat participation rate of about 40%. The Import Exhibition has become an international public platform for overseas companies to explore the Chinese and global markets, highlighting China's responsibility as a global power. This year's Canton Fair Import Exhibition has 642 companies from 38 countries and regions participating. There are 11 country and region pavilions. A total of 100,000 domestic and foreign visitors came to visit, negotiate and purchase, and all parties generally reported a good harvest.

Build a "fast track" for foreign companies to enter China. China has a huge market with a population of nearly 1.4 billion and a strong purchasing power of more than 400 million middle-income groups. The Canton Fair Import Exhibition relies on China's ultra-large market and continuous release of consumer potential to export demand to the world, and has established a "fast track" for foreign companies and products to enter China. Exhibitors of import exhibitions are very optimistic about China's vast consumer market, and will bring high-quality products to the Chinese market with the help of the Canton Fair import exhibition stage.

Help overseas companies to open up global markets. The Canton Fair Import Exhibition helps foreign companies to explore the Chinese market, and at the same time leverages the huge buyer resources accumulated by the Canton Fair to help them open the global market and achieve "selling global products". The Canton Fair is a very important platform for enterprises to participate in international trade, which enables consumers all over the world to share high-quality products.

Allow overseas companies to share the dividends of globalization. The Canton Fair Import Exhibition brings together buyers and suppliers in the industry to the greatest extent, creating an all-encompassing high-end business circle. Many overseas companies cherish this platform for gathering heroes, and regard the import exhibition as a fixed place for friends to meet twice a year. They are here to compete with Taiwan, look at trends, communicate with each other, share the dividends of global economic development, and promote global trade growth. . Some person in charge of overseas enterprises said that the Canton Fair will be crucial to the development of the company, and they have fixed their participation in the Canton Fair as a company strategy. Korean companies said that the Canton Fair Import Exhibition has made the company's circle of friends bigger and bigger, and the Canton Fair has truly realized the "open the world and buy the world" all-round opening function.

Xu Bing, spokesman of the Canton Fair and deputy director of the China Foreign Trade Center, said that in the future, the Canton Fair will continue to improve the quality and level of the import exhibition, further select global high-quality enterprises and brands to participate in the exhibition, and continue to increase invitations to China and global high-quality buyers , Improve the participation and docking mechanism, build an all-round open platform of "selling the world and buying the world to benefit the world", so that the people of the world can share the achievements of globalization and world trade growth. 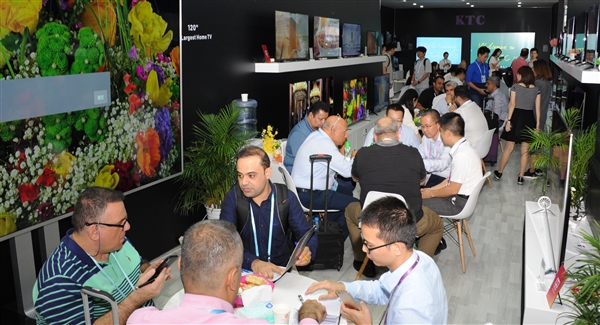