When Was The Trolley Case Invented?

Many people choose to travel during the holidays and take a look at the scenery outside. Therefore, the trolley case is already a must-have item for us to travel. Who doesn't have a few suitcases at home? But do you know when and how it was invented? So let's find out together.

That is the portable suitcase we often see on TV, and many people can still find such old-fashioned suitcases in their homes. This case itself is not light, and it is more bulky after putting on clothes, which is very inconvenient to travel. So in 1972, someone invented a suitcase with wheels. 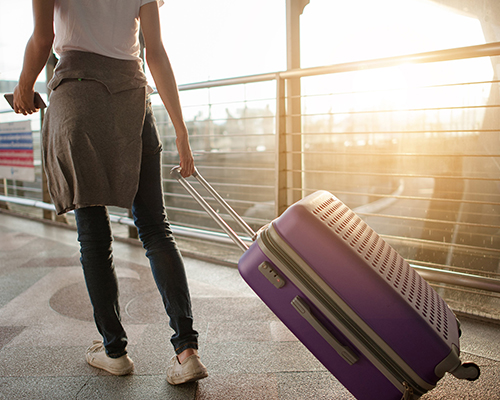 This case with wheels is the prototype of the trolley case, which has four more wheels and a belt than the portable case. Its adverts are vivid, contrasting a woman frantic with an immobile suitcase and a polished woman lugging it.

At that time, the employees of American Airlines had to run between various airports every day, and they had to carry heavy suitcases, which made them very tired at the end of the day. In order to make it easier, in 1991, someone provided a custom case to the airport staff, which solved the difficulty of the flight attendants running around, and the trolley case was finally called out.

The suitcase started to sell well after the patent application. Not only the flight attendants find it easy to use, but ordinary people also like it. It is a logical replacement for hand luggage. Now we have hardly seen hand luggage when we go out.

Nowadays, due to the increasing development of science and technology, the current luggage has been greatly improved compared with the previous one, the design is more beautiful and user-friendly, and the functions are more and more abundant.