The Evolution Of Modern Luggage

Luggage is a must-have item for us to pack our stuff when we go out, but they have also undergone continuous development, and now let's take a look at the evolution of modern luggage.

Most luggage before the first industrial revolution had a dome, a design that allowed rainwater to fall more easily. In 1854, the first industrial revolution arose in Britain, and nobles were keen to travel by train, but dome suitcases were very difficult to carry and could not be stacked. So Louis Vuitton, the founder of the well-known luxury brand LV, keenly discovered this and launched the world's first flat trunk. It is easier to carry and stack for shipping than traditional dome suitcases. The history of the modern suitcase begins here.

This form of luggage continued into the mid-to-late 19th century until 1970, when Bernard Sadow saw porters at airports pushing duffel bags with trolleys and had an idea to come up with wheeled luggage with 4 wheels pulled by ropes. box, and applied for a patent. 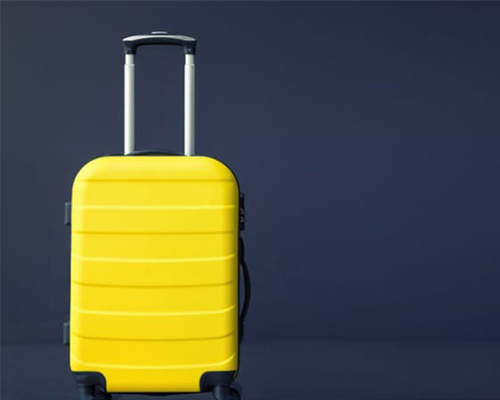 But luggage manufacturers refuse to take the invention seriously. This may have something to do with the small size of the airport at that time. At that time, you could drive into the airport, the boarding gate was closed, and the train station had dedicated porters and wheeled carts. That being the case, why bother putting wheels on the suitcase, and the wheels must be made of heavy metal?

Until 1991, a pilot named Bob Plath retired and started tinkering with luggage at home. He erected the case, installed wheels and trolleys, and created the prototype of the modern trolley case.

Early suitcases were generally made of leather, rattan, or rubber cloth wrapped around a hardwood or steel frame, and the corners were fixed with brass or leather. Louis Vuitton has also designed suitcases in zinc, aluminum and copper plated specifically for sailing adventurers that resist moisture and corrosion.

The luggage has developed to the present, and there are various styles and materials. The materials of modern luggage are mainly divided into 5 kinds: ABS, PC, aluminum alloy, leather and nylon. Each has its own advantages and disadvantages, and you can choose the one that suits your needs.